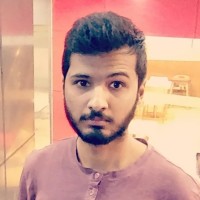 Here’s a little list of what will be covered in this write-up.

Capture the flag (CTF) is a traditional outdoor game where two teams each have a flag (or other marker) and the objective is to capture the other team’s flag, located at the team’s “base,” and bring it safely back to their own base.

There are many famous events which hold CTFs like DEFCON (the world’s largest hacker conventions) being the most prominent one. The NYU-CSAW (Cyber Security Awareness Week) is the largest student cyber-security contest. Many other companies and organisations like Google and TrendMicro also host CTFs.

CTFs are basically educational (and really fun) exercises in order to give experience in computer security (and thus computer hacking), which is a prime issue today. We all have heard about the WannaCry and Petya Ransomware which have taken over many industries incurring losses.

You will definitely find CTFs interesting if you are interested in any of the following:

Since Cyber Security is a major growing concern, there is a demand of computer security experts in the real world.

Demand = Jobs = Money for People who take up those jobs

Also there are various bug bounty programs organised by companies and organisations like Google, Facebook, and recently Tor which award money to people who find bugs in their systems.

The two main types are:

Some of the categories of the problems are (just a broad classification):

You can loosely correlate the types of problems with the respective interest above.

Be sure to learn a little about linux utilities like:

You can start practicing on the following sites to kick-off:

CTF-Time is a great place to know about upcoming and past CTF events.

If you are ever stuck on a challenge for a lot of time or cannot figure it out even after reading the required resources, the write-ups for many problems are easily available on the internet or you can discuss with others and us as well!

Given this file, you need to submit a flag from it.

Let’s open up the terminal and run the file command.

ELF is used for executable files under linux. So we try to run it.

We get no output, so we do a strings on it.

You can also get only the line containing the word flag by:

Try entering the flag here, it accepts it!

The C-Code for the above problem is given below, you can tinker with it: